The Proven Road to Success 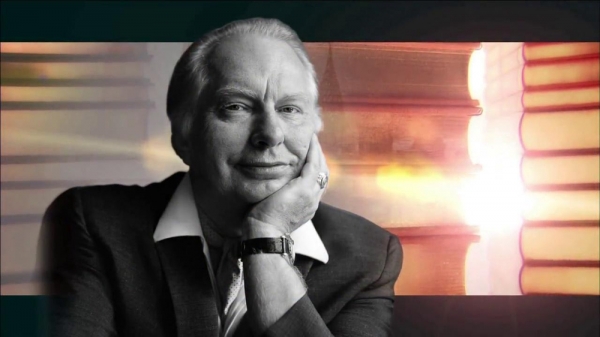 The story of Mr. Hubbard’s system of management and how WISE itself came into existence begins on May 9, 1950, when Mr. Hubbard released his monumental and definitive work on the human mind, Dianetics: The Modern Science of Mental Health. In addition to everything it represented in terms of happiness, newfound potentials and eventual spiritual freedom for man, with its release, the seeds were sown for the development of the first uniformly workable system of management and organization.

Almost overnight Dianetics became a nationwide bestseller, remaining on the New York Times bestseller list for 28 consecutive weeks. By June, the first Hubbard Dianetics Research Foundation was established in Elizabeth, New Jersey with branch offices soon following in New York, Chicago, Washington, D.C., Los Angeles and Hawaii. By late fall of that year, more than 750 Dianetics groups had spread across the nation. By fall of the following year, Mr. Hubbard’s research had led him into the realm of the human spirit and Scientology was born.

Given the inherently spiritual nature of Mr. Hubbard’s research, it was not surprising that Mr. Hubbard’s readers and pupils saw themselves as students of a new religion. Thus, in 1954, the first Church of Scientology was established. Today, Scientology churches span every continent and Scientologists number in the millions.

The point, however, was that with such constant and widespread growth, a uniformly workable system of organization became vital if Mr. Hubbard was to satisfy the demand for Dianetics and Scientology lectures, training, delivery, guidance, publications and distribution. And such a system would have to be applicable to organizations, large and small, in nations from Great Britain to New Zealand and from South Africa to Finland.

Mr. Hubbard set about researching organizational and management principles and techniques. Poring through volume after volume of business texts he soon came to realize that no uniformly workable technology of organizations existed. While there were many successful activities, there was little in the way of proven techniques and principles which could be applied uniformly to all organizations. And so it was that he embarked on a path of organizational research which would parallel his spiritual studies for the next three decades.

Developing, piloting, fine-tuning and codifying procedures, Mr. Hubbard began issuing the results of his research as administrative policies to Scientology organization staff around the world. Moving to Saint Hill Manor in the southern English county of Sussex in the early 1960s, he immersed himself into his most intensive period of organizational and administrative research. He developed the renowned seven-division organizing board, a breakthrough which expresses every basic function and the overall form necessary to operate and develop any organization.

Providing Solutions to Others 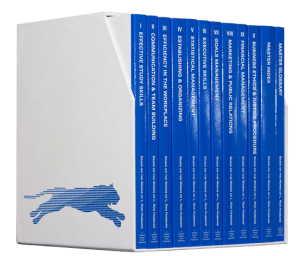 With the organizational form in place, he then issued policy after policy on each of the functions and duties laid out in this organizational chart. In 1965 alone, from his office at Saint Hill Manor, he penned more than 300 administrative policy letters. As these were issued, the staff of Scientology churches began applying them and soon Scientologists congregating for services at their local churches saw first-hand the results and began applying these same policies to their own activities with similar results.

All of these policies, more than 2,500 of them, were issued in the encyclopedic volumes of the Organization Executive Course and the Management Series set, making them broadly available to both Church staff and public Scientologists.

Not surprisingly, a number of Scientologists soon became business consultants and began applying the Hubbard Management System to businesses. Often these consultants corresponded with Mr. Hubbard, informing him of their successes and their application of his techniques and principles to the commercial world. He was delighted to learn of these results.

Today, L. Ron Hubbard’s management principles have reached more than 140,000 companies and corporations in 75 countries. There are 25 Hubbard Colleges of Administration and more than 150 Hubbard management consultants and consulting groups delivering Hubbard Management System services. All provide business people with solutions to productivity and prosperity, which raise the quality of life and inject a higher degree of sanity into as many lives as possible.

We use cookies on our website to give you the most relevant experience by remembering your preferences and repeat visits. By clicking “Accept”, you consent to the use of ALL the cookies.
Cookie settingsRead MoreREJECTACCEPT
Manage consent

This website uses cookies to improve your experience while you navigate through the website. Out of these, the cookies that are categorized as necessary are stored on your browser as they are essential for the working of basic functionalities of the website. We also use third-party cookies that help us analyze and understand how you use this website. These cookies will be stored in your browser only with your consent. You also have the option to opt-out of these cookies. But opting out of some of these cookies may affect your browsing experience.
Necessary Always Enabled

Performance cookies are used to understand and analyze the key performance indexes of the website which helps in delivering a better user experience for the visitors.

Analytical cookies are used to understand how visitors interact with the website. These cookies help provide information on metrics the number of visitors, bounce rate, traffic source, etc.

Advertisement cookies are used to provide visitors with relevant ads and marketing campaigns. These cookies track visitors across websites and collect information to provide customized ads.

Other uncategorized cookies are those that are being analyzed and have not been classified into a category as yet.

SAVE & ACCEPT
Go to Top